You are here: Blog / Celebrate / The Fascinating Cause Why Many Couples Tend to Look Alike Over Time

If you have been with your partner for the last several years, chances are you have been told how much you have started looking alike. It can be cute or creepy, depending on how a person sees it.

Beginning to Resemble with Each Other?

It is no secret that we often seem to be attracted to someone who looks like us or resembles us somehow. Whether physical or social attributes, like hobbies or anything this phenomenon is drawn when someone can relate to your plans and passion for life.

A more superficial level of curiosity by striking resemblance from hair colors to complexion down to facial expression. Lookalike couples can capture public fascination for years. Married couples grow to look more alike over time.

Lookalike does not relate to looking the same. One can look alike in dressing style, appearance, habits and the way one communicates. In general, they have striking similarities. It makes one wonder if couples who look alike stay together.

Living together for decades, not just a few months, might begin to look alike but not a mirror image. People tend to find soulmates who look similar to their thoughts, beliefs, dressing style, and eating habits. Sometimes body's language also makes them behave similarly in situations.

Lookalike partners may also draw looks like partners to each other as of their genes. Many thoughts have found that spouses look alike as strangers because of sharing predictors of everything from height to educational attainment. For the people getting married to each other in later life, giving them more opportunities to find and pair up with people from different backgrounds.

How to analyze if couples look alike?

You cannot realize it, but when you gaze into your partner's eyes, there is a good chance that you are looking for a modified reflection of yours. People choose soulmates who tend to be of similar shape and ethnicity and having a facial similarity is common among them.

Even if a person does not look like their partner, the partner shares non-physical characteristics like educational values, socio-economic standings, personality traits, and even core values, known as positive saying that opposites attract. It is also believed that birds of a feather flock together. For positively seeking someone out, how couples look alike in real life:

Some of the reasons include:

What are the findings?

Because this is relatively new, it is known that married obese couples were obese when they met. Some couples grow obese together due to shared diet and exercise habits. People end up with partners who are similar to them on their terms.

Tall people tend to pair up with tall partners, and so do short ones. As men are taller than women, couples match by height ratios and not exact measurements. In some ways, it is not a surprising thing. Because men are taller than women, 90% of men marry a taller woman than other women. On the other hand, it is infrequent to see a tall woman marry a short man without phenomenal resources.

Many people select partners who look like them somehow, whether it is the same color, complexion or similar shape. It is all about visual exposure. The more an individual sees something, the more familiar they are with their features. As a result, people reassure by others who look like themselves and are more likely to trust that their face is more morphed to look like their own face.

Finding positive correlations is friendly and approachable. The more severe the symptoms are, having a broad range of interests. Perhaps they have a strong bond as they have shared similar stressful experiences.

Couples shop together, and it can seem like there is an exchange of thoughts and opinions that happens with shopping. Couples start understanding their partner's taste in clothing and adapt themselves to dress in a particular way. Matching outfits and looking alike make the bond strong as it reflects the same sense of style as with their partners and a lot of time voluntarily or involuntarily ending up dressing together.

If you share similarities with the partner, there is more in common. Relationship length is positively correlated with similarity. There is no recipe to ensure a blissful union. The presence or absence of specific characteristics helps improve relationship qualities.

Symmetrical features are often considered attractive while selecting a perfect partner. People tend to go for someone who matches and compliments their physical personality. This can also be a reason why couples look like they end up together. To some extent, everyone has different views. Most couples love to resemble each other by matching outfits.

In a long-term relationship, commitment means working on difficulties together, planning for the future together and clarifying by protecting the boundaries. This persistent hard work rewards more than it is worth.

If one tends to couple with someone who looks like us, perhaps because of the monogamous model. It is majorly non-existing in our living lives. For everlasting love and to keep up the energy, few requirements help achieve happiness. The long-term needs of the couples are necessary for a sustainable way. A sound cocoon helps to make beautiful butterflies.

Why Do Some Couples Look Alike?

The most attractive people are all intelligent and well-spoken people from all walks of life worldwide. With all of their mutual admiration, everything else will unravel whether it is more than a higher choice for self-esteem, whether, in terms of physique, education or reliability, the more demanding one becomes in choosing their partner.

Find someone that shares the same feelings for you. One can wear matching outfits to spice it up, such as a matching aesthetic hoodie. Looking for someone like you is a sure way to find matching identities and live romantically forever.

As we all see throughout, everything that makes a relationship work requires a genuine, deep-level admiration for each other. Without that mutual admiration, everything else will unravel. But, unfortunately, the desire to have the love of someone else is to soothe the emotional problems and it inevitably leads to codependency. An unhealthy and damaging lifestyle between two people is where they agree to use each other's love as a distraction from their own self-loathing.

Though it may not have been anyone's intention, facial mirroring stems from a more profound psychological principle known as unconscious mimicry. Look alike couples can also be seen involving unintentional copying the partner's tone of voice, laugh. It makes partners feel more bonded and satisfied in our relationship.

Even if you know your partner for a long time, try to step in their shoes as they see many things differently as you see them. A relationship with love, care and friendship will thrive. But if any of the ones are lacking, it might be a challenging thing for the partners. One can focus on more of what is missing in their relationship.

An individual can usually notice a connection between how many years a couple has been together and how they resemble each other in their facial expressions and many more things. There are many things in standard, and even similar facial features in a couple can be noticed. Many couples look like siblings by seeing the tendency with the exciting phenomenon.

The happier a couple is, the greater there is an increase in facial expression resemblance. Sharing experience with the partners is another reason for starting to look like each other. We are always attracted to those who have similarities with us.

The similar choices and looking alike is believed to be how it maximally gets a pass on the next generation. The emotional comfort and trust in a relationship show how couples are tuned in to each other. Partners tend to change their habits throughout their life when with partners.

Despite the differences and similarities, the best thing is to keep falling in love with someone special. Couples look alike, but it does not cover with time. It brings facial expressions in line with each other's traits such as their interests, personality, intelligence, attitude, values and well-being. We are naturally attracted to the features of our opposite gender as well as the characteristics of ourselves.

We hope this article has helped you. Also, If you want to read more relevant articles, check out:

If you're also looking for a nice Daddy & Me Outfits, check out the link provided. 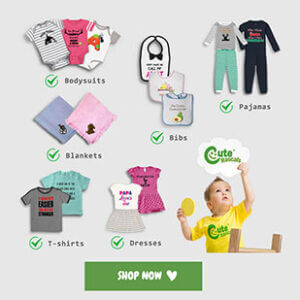